Welcome to the Labor Solidarity Podcast, where we highlight the work of labor leaders and discuss historic struggles and the importance of organizing with the goal of building international labor solidarity.

The Labor Podcast is hosted by Elise Bryant and Evan Papp.

Elise is President of the Coalition of Labor Union Women and Executive Director of The Labor Heritage Foundation. Elise is an actor, singer, playwright, director, and labor educator. Elise launched her labor arts career in 1982 as the Artistic Director of the University of Michigan’s labor theatre project, “Workers’ Lives/Workers’ Stories.” She joined the National Writers Union and began her screenwriting career with a script for the documentary, “Porgy and Bess: an American Voice.” She directed the labor jazz opera, “Forgotten,” by Steve Jones and directed the debut of his latest labor jazz opera, “Love Songs from the Liberation Wars.” Elise is a lifetime member of the Wobblies (Industrial Workers of the World), a member of the American Federation of Musicians (AFM) Local 1000 as well as Communications Workers of America (CWA)/Newspaper Guild Local 32035.

Evan is the Founder and Executive Producer of Empathy Media Lab that publishes content on labor, political economy, art and culture. He spent much of his professional life working in international development as a Peace Corps volunteer in Zambia and Jamaica and in Public Affairs for the U.S. Agency for International Development. He recently launched The Political Economy Project to promote the policies that will lead to broad based prosperity for today and future generations.

MLK Tapes: What We’ve Learned About the Interests Fighting Unity and Organized Labor

“It's a matter of history now. With the podcast, it's not in a book somewhere that's just gonna sit in a library and nobody's gonna read...

Working 9 to 5 A Women’s Movement, a Labor Union, and Iconic Movie with Ellen Cassedy

“Sexual harassment was completely legal. Pregnancy discrimination was legal...We held these bad boss contests. Where the first winner was...

“If you do look at the renewable industry today, it's very hostile to unions. They're very hard jobs to organize. They're spread out,...

“Depoliticize it, cuz it's not about that. If there is a chance to utilize these rights to create better conditions and don't worry about...

"When you see all these people with a social security check, you think that fell out of the sky? Thank a union!"

“Thousands of journalists across the country have been through their own union drives in the past five years or so. And it changes...

"And if you let these motherf*****s think that they have that leverage, it's only gonna grow above you. So it's just people understanding th

The West Virginia Mine Wars Museum is at the site of a historic battle which erupted in May of 1920, setting into motion a chain of events..

Ain’t I A Woman? Reverend Addie Wyatt on Sojourner Truth

Rockin’ the Philadelphia Museum of Art

"I deserve to eat. I deserve to get the wages I deserve this opportunity to provide for my family as well." Erica Stewart - Boilermakers...

"There's another vision of the way things could be. And I think that's where the church and labor and so many of the movements that are...

“Apartheid used racial discrimination as an instrument to maintain the cheap labor system. So the core of apartheid was a cheap labor... 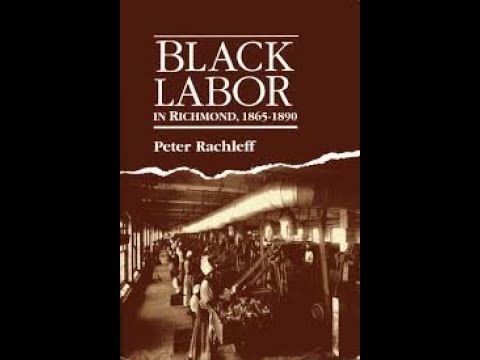 Peter Rachleff Author of Black Labor in Richmond, Virginia 1865-1890 and Co-Executive Director of East Side Freedom Library Welcome to...
bottom of page